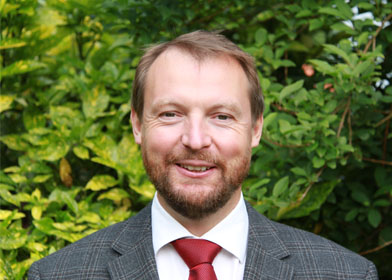 After more than 25 years setting in intralogistics, Peter de Henau joined SAVOYE on last February 1st as Managing Director Benelux. He will strengthen and expand the organization according to the new strategy of the French logistics systems integrator and editor of software for the supply chain.

Peter de Henau first studied industrial engineering and later Business Administration and Business Development. However, from early on his career was dominated by material handling and logistics. For example, his thesis was about internal transport systems. During his studies he worked in the operations and technical support of distribution centres.

Fascinated by his graduation topic, he started his working career at a small company in conveyors and then switched to a specialist in packaging machines and logistics projects. In both companies he covered various technical/commercial positions and quickly developed himself as a true “all-rounder”.

In 2000 Peter joined a global player in the field of logistics automation. It was there where he developed his preference for designing and developing automated, complex warehouses and he enjoyed the challenge of creating a warehouse solution that truly helped his clients to achieve their goals. In this company, he held various positions; from business development, to sales, project realization and service to large accounts and finally as MD of the Benelux, where he was responsible for the entire organization. This broad background made him fully grasp the logistics profession and by now, he understands every process from the shop floor to the management level.

The recent adaptation of SAVOYE’s strategy is one of the main reasons that convinced Peter de Henau to join the French designer, manufacturer and integrator of automated logistics systems and software (wms, wcs, tms, oms, edi). SAVOYE not only announced that the company wanted to expand globally with just a single brand, but that it also wanted to be a company with a strong local presence. Good examples are the recently established subsidiaries SAVOYE North America Inc. and SAVOYE China. This is entirely in line with Peter’s ambitions. He explains: “SAVOYE already has a presence in the Benelux, but it is time to significantly enlarge this. With my knowledge and experience, I want to set up a strong Benelux organization, which not only manages sales, but also engineering, project management and the service activity.” Naturally, during that process Peter can rely on the support and expertise of the French organization, which in 2 years’ time will move to a completely new factory and head office.

Not only did he like the strategic direction of his new employer. He was certainly also impressed by the broad experience and systems of SAVOYE, which in the meantime he considers as an innovator in the “light goods” segment and order picking. Peter continues: “The most impressive thing about the company is their ability to grow along with their customers. For example, scalability is a strong point and I mean scalability in volume, performance, systems. At first, companies usually mechanize a small part of their warehouse activities. Later, as they grow, they expand with other systems.”

The challenges of the Benelux

The Benelux market offers a huge potential to the French company, but at the same time it is one of the most competitive ones. Every supplier of materials handling systems wants to be present here.

Peter prefers to look at the opportunities. “There are still many warehouses with manual activities or with only a limited degree of automation. Sometimes this is caused by short-term thinking and perhaps the fear for the investment and complexity, but often also because of being unfamiliar with the possibilities scalability offers, both in terms of solution and investment and the implementation of these systems. SAVOYE can help with standardized,  proven solutions that grow with the customer. To support this, they have the consultancy and project management available, right from the feasibility analysis. In addition, we have our own, really easily scalable systems such as the Plug & Play conveyors and our ergonomically designed fast-picking workstations. An even better example is the X-PTS® shuttle system; suitable for not only large but certainly also for ambitious medium-sized companies seeking to improve their logistics.”

According to Peter, this system can easily be augmented with aisles, shuttles and / or workstations as desired, resulting in a system that can be precisely adapted to the growth in both storage requirements and goods flows. Peter estimates that the X-PTS® system has no equal when it comes to performance.

Furthermore, software is the binding element in any logistics operation. SAVOYE’s software suite has built a reputation with its WMS, OMS, TMS,WCS and EDI. Also when it comes to describe these solutions, Peter uses the key words growth and scalability, as SAVOYE software can be deployed by both manual and automated distribution centres and warehouses.

Meanwhile, in the Benelux, item picking is becoming increasingly important in EVERY business sector. Peter reckons there are opportunities here for, amongst others, the JIVARO® packaging machines, which automatically adjust the box height to its content. This is not only efficient when loading a lorry, but it also generates a strong environmental benefit. After all, because of this adaptation, fewer trucks have to be on the road and that reduces the CO2 footprint of logistics.

Finally, Peter sees also opportunities in the adoption of innovations and the use of big data. In a mature market such as the Benelux, it also means there is often room to test new ideas first. His expectation is that this will be one of the first geographical market in which robotization will really take off. This is partly due to the pioneering spirit, but also due to the relatively expensive labour force and its scarcity. Also in this field, SAVOYE is working on developing standardized, affordable solutions, cobots and software

In the few hours in which Peter does not work, he likes to spend time with his family. Alternatively, he really enjoys making long, strenuous hikes in the mountains.