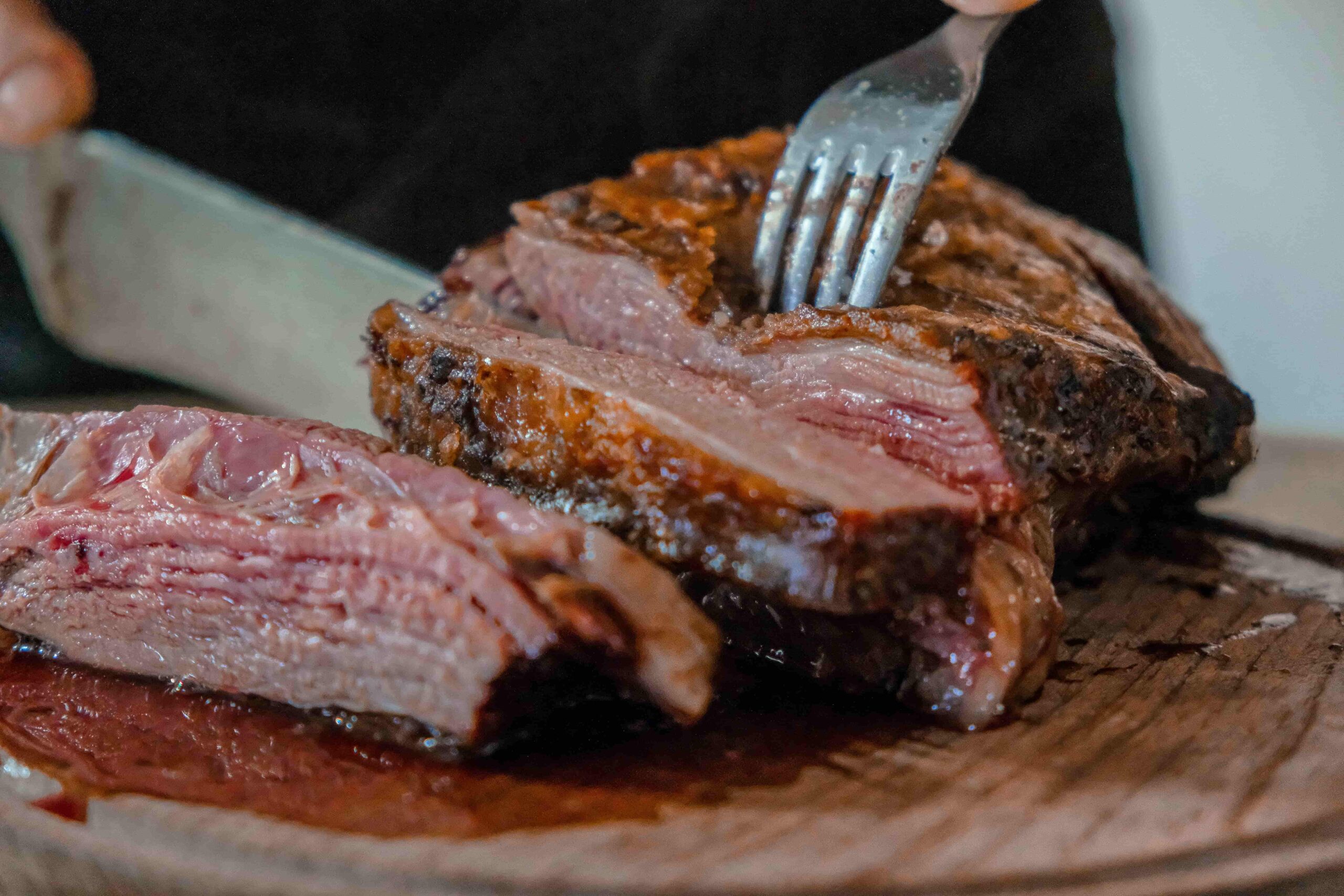 Proteins: what are the challenges and logistical solutions for this industry?

The global average consumption of meat is 42.4 kg per person per year, with the usual leading producers being the United States, Brazil, the European Union and China. While world meat consumption is significant today, to the point of having tripled in half a century, the OECD has observed a relative stabilization in recent years. In question, environmental and health considerations but also changes in consumption and distribution patterns.
The protein sector still has a bright future ahead of it, but it will need to adapt in the near future to cope with variations in consumption. To meet this challenge, it will become important to secure the margins generated by order, while meeting the growing demands of the increase in retail flows, issues of traceability and controlled temperatures.

The activity of agri-food manufacturers, and in particular those that manage meat production (proteins), has been marked for many years by strong growth in retail flows.

This can be explained primarily by the increase in the proportion of directly delivered parcels, whether from drive-through stores or supermarkets and hypermarkets, and by the growth of small point-of-sale formats. Associated with just-in-time flow logic, the growth of retail flows greatly complicates logistics operations in production output.

Despite the relative slow-down in the production volumes, there is a permanent increase in the numbers of parcels sent. This trend is amplified by the continuous expansion of the available products, corresponding to consumers’ demand to always have the widest possible range of choice.

Meat producers must also meet the challenges of traceability, while the numerous palletizing plans required by the great diversity of end customers are all constraints that are difficult to reconcile with performance and increased responsiveness objectives. The preparation of meat trays also has its peculiarities, with the management of variable weights and marking operations (weighing, price labeling, private labels or promotional), the realization of which has a strong impact on productivity at the workstation. System responsiveness and marking station ergonomics are thus a real challenge in the attempt to optimize the cost of these customization operations.

The accumulation of all these requirements, along with the criticality of these stakeholders’ supply chain to feed a country without incurring interruption, especially in periods of health crises and national emergencies, leads many stakeholders to turn to automation solutions, taking the industrialization of their processes to a new level. In an environment of slow growth in domestic consumption and rising raw material costs, cost pressure is a strong incentive for supply chain rationalization and intralogistics optimization projects. Savoye supports several major meat production stakeholders in Europe and North America.

depalletizing of product cartons or containers

storage of finalized and/or complete parcels

Fed by depalletizing robots, Savoye’s X-PTS® shuttle offers an automated, high-flow storage solution that can operate in both positive and negative cold environments.

They are able to adapt to mono-format, dual format and multi-format container contexts, for dimensions up to 820×620 mm (32.25 in x 24.5 in) and weights up to 55 kg (121.5 lb.) Using high-speed conveyors, these X-PTS® aisles can serve both retail order preparation areas and palletizing areas.

With respect to retail preparation, the goods-to-person stations allow all useful marking operations to be carried out under optimum performance and quality conditions, in manual or automatic mode.

Robotic cells can process pallet configuration on a per parcel, per layer or per column basis. Where applicable, these cells are fed by buffer-sequencers to strictly sequence the parcels and thus respect the variety of palletizing plans imposed by the end customers.

Additionally, it is entirely possible to implement automated pallet storage, combining temporary storage of pallets arriving from production and finalized pallets, before dispatch to the shipping docks.

What technologies can be leveraged to address performance and responsiveness issues?


Beyond the necessary and essential key technologies, Warehouse Control software plays an essential and crucial role. Being completely oriented towards compliance with carrier departures, Savoye’s WaCS solution sequences the pallets to be created and optimizes equipment use, from shuttle movements to placement on the high-speed conveyor. Our methods and algorithms allow us to manage the composition of pallets in assigned (i.e. parcels already assigned to an order) or non-assigned parcel mode, while ensuring FiFo management, tracking both SSCC and batch numbers. 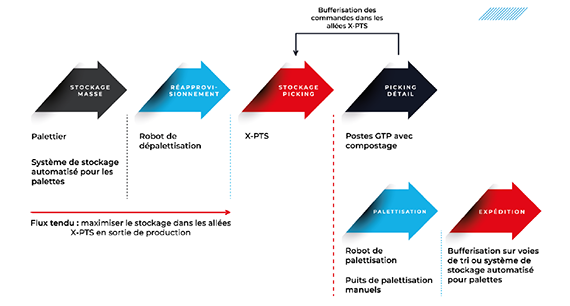 This type of solution allows a so-called “mixed” solution to be managed with the same X-PTS® aisles, i.e. it is capable of performing retail preparation palletizing by “mixing” the storage of bins produced and finalized packages. For this, it is essential that the Warehouse Control System knows how to intelligently manage the different use cases of a typical day:

Increased incoming goods, replenishment, preparation and palletizing productivity serve to increase the margin generated per order. The overall process is considerably responsive, allowing production to occur as close as possible to carrier departures. The entire activity is fully optimized, thus making it possible to meet the constraints and challenges of the sector.

The logistical management of the protein sector cannot be improvised as it is governed by health standards and consumer requirements. While forecasts are focused on a significant reduction in global meat consumption, the challenge for the various stakeholders will be to secure margins through a modern and efficient logistics organization. It will therefore be necessary to entrust your automation project to an experienced player with solid references…

Proteins: what are the challenges and logistical solutions suitable for this industry?